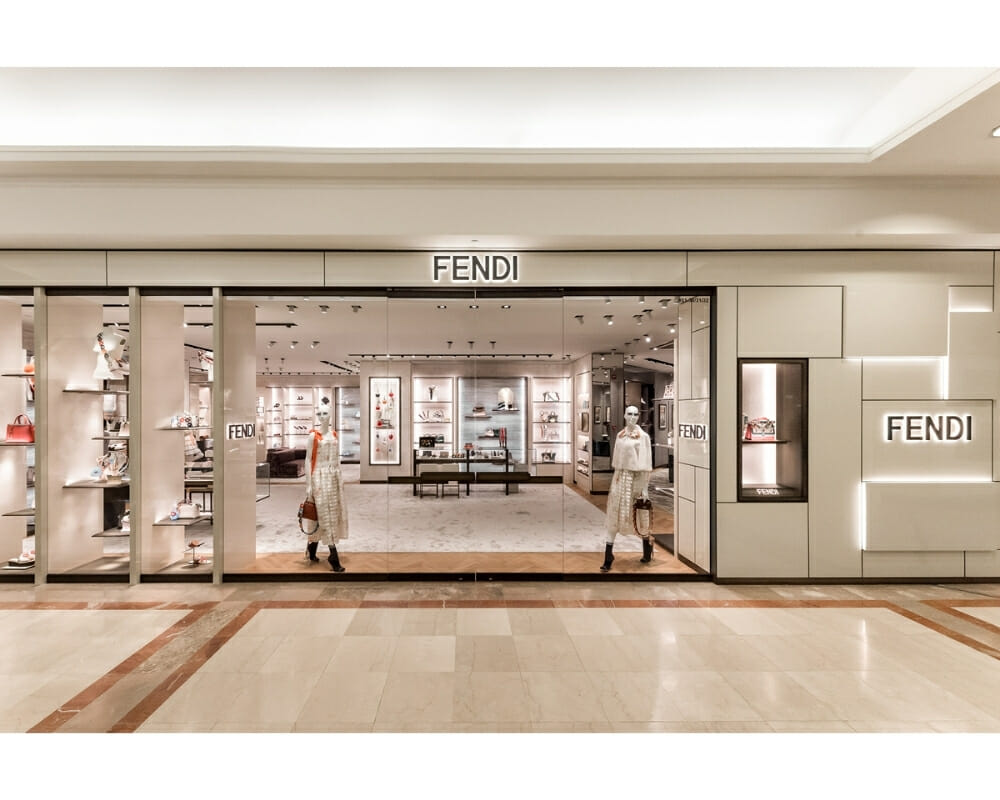 Not everyone knows and understands the amazing history behind the famous luxury fashion house Ann brand of Fendi.

An Italian luxury fashion house, Fendi produces an array of high-quality clothing-related products. Some of these include goods made of leather, shoes, eyewear, fur coats and stoles, ready-to-wear clothing, fragrances, accessories, and even timepieces.

Also Read: What is Faux Fur?

Known mostly for its fur and items produced from fur, Fendi is also well-known for its leather goods under the names of 2jous, Baguette, Peekaboo, and Pequin handbags.

This amazing and powerful fashion house was founded in 1925 by husband and wife team, Adele and Edoardo Fendi, and began as simply a fur and leather shop, nestled in the Via del Plebiscito Street area of Rome, Italy.

In 1946, Edoardo died and it was then that he and Adele’s five children decided to take over the business. They had a mindset of dividing and conquering, evidently, as each one of the children made the decision to specialize in one certain area of the business.

For instance, one of the children focused on the fur-relation portion of the business while another worked solely on the leather-wear side of the Fendi brand. One even opted to ramp up the public relations and sales part of the business, propelling the brand, and their family business, to a much higher level.

The five children were all women, the very intelligent and motivated daughters of their beloved parents whom they learned a lot about the business from over the years. Each one of the sisters, Anna, Franca, Alda, Carola, and Paola, has the business in their blood and its best interests at heart.

It worked out, since there were five of them, to each have a 20 percent ownership of the Fendi brand and business. It was at this point that they began to search for and seek out and find support from emerging fashion designers in the industry.

It was in the 1960s when the sisters found the type of emerging stylist they were searching for when they met and hired Karl Lagerfeld in 1965. He became a member of the Fendi Fashion House’s creative team and began a series of in-depth studies on a variety of different leather processing techniques.

Karl Lagerfeld eventually became the creative director of the luxury fashion brand’s fur and of the women’s ready-to-wear collection that officially launched in 1977.

By the 1980s, the Fendi Fashion House brand name had already joined the elusive and exclusive circle of top luxury brands that are created in Italy, mainly because of the company’s beautiful and sought-after furs.

It was during this time that a logo was created to represent the popular Fendi fashion brand. It featured a double version of the letter F and was used in the creation of a textile that was used for lining suitcases. It was Karl Lagerfeld that had come up with this very ingenious concept.

By the 1990s, the business had reached a high-pitched crescendo in the fashion industry. The sisters, along with Lagerfeld, were focused more and more on the quality of the material they were putting out to the public and on the finishing touches of their products. They stressed the tradition that the leather goods of Alda Fendi were created from.

By 1994, Paola Fendi, who had worked as the president of the company since their father’s death, turned over the reigns of the Fendi Fashion House to her younger sister Carla.

Anna’s daughter, Silvia Venturini Fendi, who grew up in the business, joined her mother and aunts at the fashion house that same year. She has now moved up the ladder to take over the position of the creative director for the accessories line of the Fendi brand, along with the men’s fashion lines.

By 1999, the Fendi brand was generated 32 percent of its business from its fur and clothing lines, 40 percent from the accessories portion of the business and 28 percent from other parts, such as the licensing department.

Also in 1999, a huge change occurred in the family-owned, operated, and controlled Fendi company when Prada and LVMH (LVMH Moët Hennessy Louis Vuitton) joined together to purchase 51 percent of the Fendi company at a whopping $545 million, beating out competitor Gucci in the bidding war.

Under the provisions set forth in the deal, the two companies agreed to purchase the remaining 49 percent of shares the sisters still owned if any one of them made the decision to sell.

In 2001, the Fendi label had lost 20 million in Euros and it happened again in 2002. Later that year, Prada made an agreement with LVMH to sell its 25.5 percent stake in the company to LVMH, who then purchased an additional 15.9 percent in stock.

During this time, Fendi sister Carla acted in the role of chairwoman of the Fendi company while also remaining a minority owner until 2008.

Fendi is growing and embracing technology as evidenced by the decision to begin plans to use drones during its catwalk-style fashion shows in 2014. The company did make the decision in 2015, to discontinue producing all of the Fendi fragrance brands. That same year, Fendi moved its headquarters to Palazzo della Civiltà Italiana reportedly for 2.8 million euros per annum to rent the new location.

In 2017, Fendi created and launched a shop in collaboration with the e-commerce platform Farfetch to make and sell customized made-to-order handbag designs for its customers.

By 2018, the Fendi brand hit 1 billion euros ($1.2 billion) in annual sales and at that point, the label boasted 3,000 employees throughout the world including the 400 people who work in Italy with the fur and leather industry portion of the business. Fendi also operated a total of 215 stores worldwide at that point.

As of September of 2020, Karl Lagerfeld’s position as the artistic director of the label’s women’s collection of clothing has been taken over by Kim Jones and the future looks bright for this amazing company.

Fendi is owned by LVMH Hennessy Mot Louis Vuitton, sometimes known as LVMH, which is a French holding multinational business and conglomerate based in Paris that specializes in luxury products.

Adele and Edoardo Fendi founded Fendi in 1926 as a fur and leather boutique on Via del Plebiscito in Rome.

Paola, Anna, Franca, Carla, and Alda, five sisters, joined the firm in its second generation as a family-owned corporation in 1946 and each held 20%.

Karl Lagerfeld joined Fendi in 1965 and quickly rose to become the creative head of the premium fashion house’s fur and women’s ready-to-wear collections (launched in 1977).

Where is Fendi From?

Fendi is from Italy and was originally founded at Via del Plebiscito in Rome in 1926 as a small boutique shop specializing in fur and leather.