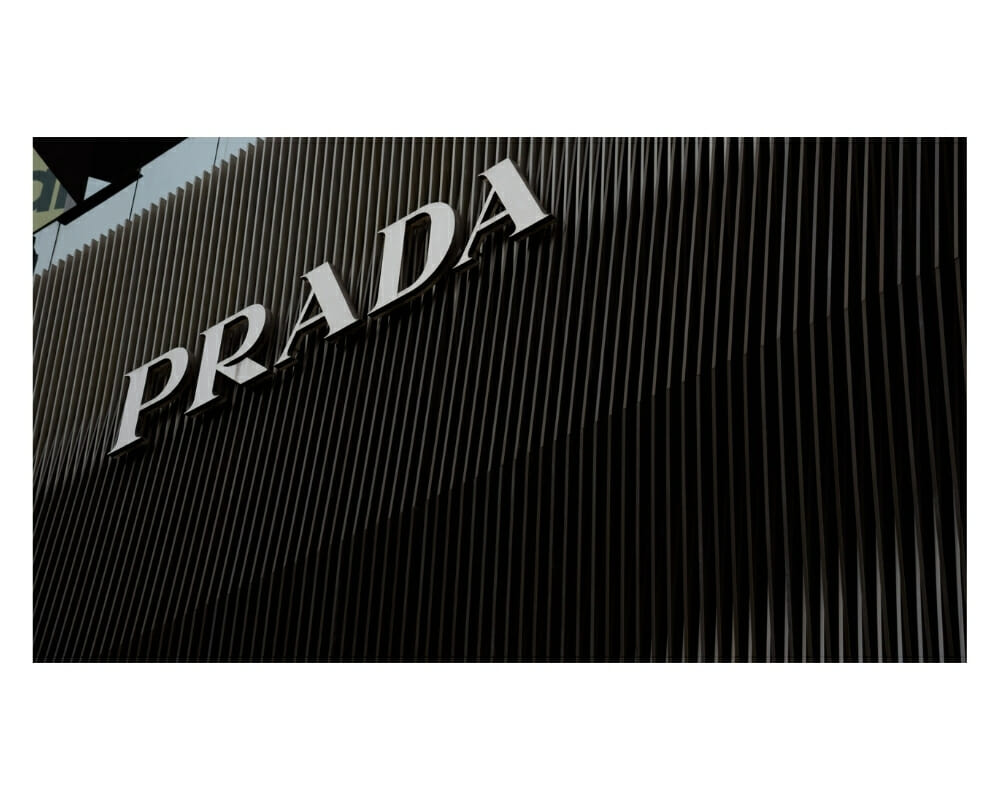 Prada has become one of the recognized luxury fashion brands in the world. Its roots can be traced back to Milan, Italy, where it was formed over a century ago.

Prada was created by Mario Prada and his brother Martino in 1913. It started a leather goods shop by the name of Fratelli Prada, which is Italian for Prada Brothers. The products sold by Fratelli Prada included animal goods, handbags, and steamer trunks. Most of these items were imported from England.

At that time, Mario Prada did not want any of his female family members to join the business. He believed it was the role of men to earn for the family.

As fate would have it, his son showed no interest in the family business, so it was Mario Prada’s daughter, Luisa, who joined the business. She worked for twenty years a successor to her father before handing over the helm to her daughter, Miuccia.

Fratelli Prada business took a turn when Miuccia Prada met Patrizio Bertelli, who a 24-year-old Italian leather good businessman. He convinced Miuccia that she should change her business model and focus on making luxury luggage pieces.

He also advised her to stop importing from England and make all her items from locally sourced materials. That was a decisive point in the formation of Prada, the fashion as we know it today.

When Miuccia inherited the role to lead the company, the sales were around half a million dollars. Miuccia has appointed Patrizio Bertelli has the business manager for Prada. This allowed Miuccia to focus on the creative aspect of the business.

In 1979, Prada launched its first set of totes and backpacks. Initially, sales for these new items had very little awareness among the general public. However, that changed when these items were advertised, and become a commercial hit.

Miuccia and Patrizio understood the importance of branding and wanted to expand the business into the luxury segment. In 1983, Prada opened its second boutique in the center of Galleria Vittorio Emmanuelle.

This was a strategic decision as the location had previously housed the very famous and historic London House. This new boutique got a lot of attention from the public, and the brand of Prada has elevated into the luxury segment.

Inspired by the success of the second boutique, Prada launched several boutiques in Europe including Paris, Madrid, Florence, and more. There was a lot of emphasis on the location of the boutique. They were always chosen in upscale and prominent districts of the city. The product line was also expanded.

In 1984, a shoe line was released followed by the release of the classic Prada handbag 1985. That handbag has become an extremely successful product for Prada and continues to be popular with customers through the present day.

Not only was the bag an iconic product for Prada but it became symbolic of luxury fashion for any brand. In 1987, Patrizio and Miuccia married.

Prada launched a women’s clothing collection in 1989. It was an instant hit the public, who appreciated the dropped waistlines and narrow belts design of the clothing line. It was a conscious decision by Prada to not have a prominent brand logo such as the logo of competitor Louis Vuitton.

Even though Prada was a luxury brand and was as expensive as its competitors, it stayed away from a logo as wanted to have a “reverse snobbery” or “anti-status” brand image.

In the 1990s, Prada continued its rise in the fashion industry, and by that time it had become one of the top fashion brands in the world. It was a conscious decision by Prada to have some exclusivity to the brand, so they made some of their items in limited quantity.

A separate fashion brand by the name of Miu Miu, which was the nickname of Miuccia, was launched in 1992. It was directed toward younger customers.

Men’s clothing by Prada was started in 1994 and in 1996 Prada launched its iconic and largest boutique in Manhattan, New York. Prada expanded to other countries and was extremely popular in Japan, where is launched 20 boutiques.

After a string of acquisitions in the 1990s, including shares in Church & Company, Fendi, Jil Sander A.G, Prada has become the leader of luxury goods in Europe. Revenue had reached 2 trillion Italian lira.

In the 2000s and 2010s, the mergers and acquisitions slowed down. There was a decline in luxury goods spending in Europe. There was also a rise seen in sales of counterfeit luxury items.

In 2001, Patrizio sold his 25.5% share of Prada in Fendi to LVMH for only $295 million. This was the first of many sell-outs by Prada, which by 2006 had sold several brands including Jil Sander A.G and Church & Company.

In 2016, Prada did $3.91 billion in revenue. In 2020, Miuccia and Patrizio continue to be at the helm for Prada. They named the one of the top designers Raf Simmons as the co-creative director. Apart from his own clothing life, Raf has previously worked at Jill Sander, Christian Dior, and Calvin Klein.

Major Products Prada is Famous For

At different times of its prolific history, Prada has been famous for different items. Shoes and bags continue to be the most popular items for Prada but it has achieved success in several product categories.

When it first started, it was luggage items, then it was the shoes and clothing lines. The classic Prada handbag has been a fashion industry sensation and continues to be a top choice for buyers. Prada has also expanded in perfumes, eyewear, small leather goods, cosmetics, and watches.

Prada is known to be a trendsetter for its unique designs. It has also brought several classic designs back to the mainstream. The Prada nylon bags, although very simple looking, have been a massive commercial success.