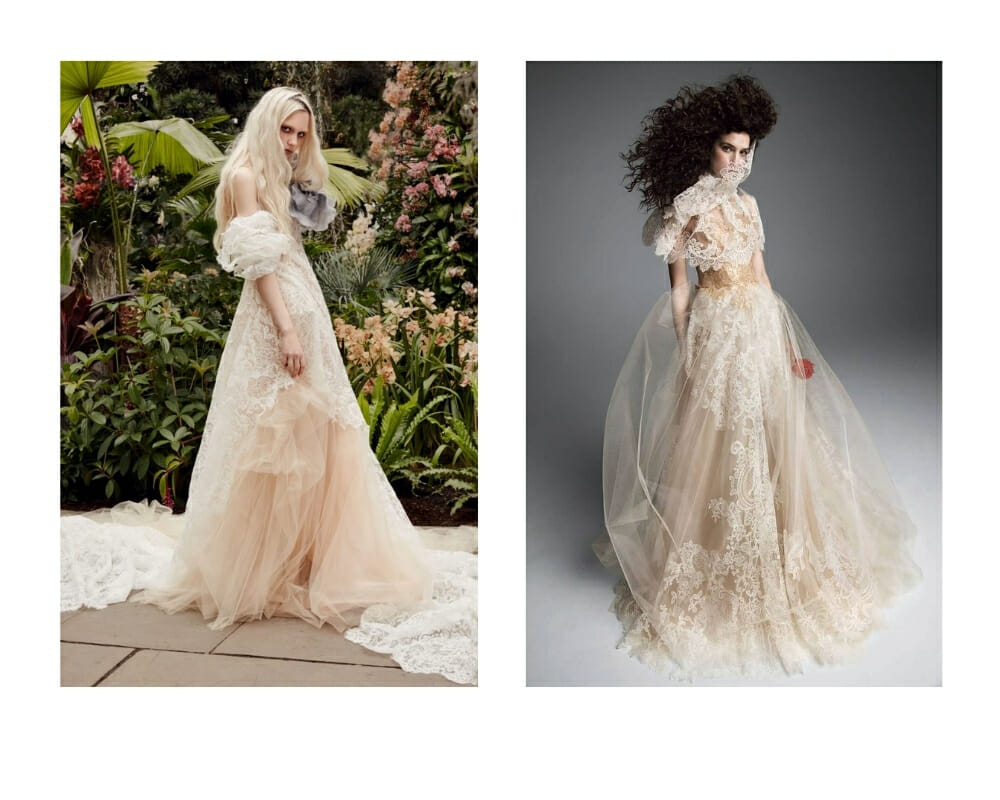 Vera Wang was born and raised in New York to parents the emigrated to the United States in the 1940s. She embraced the world of design since a very young age.

Her father was a self employed business man and her mother was a translator for the United Nations. She grew up on the Upper East Side of New York. She had been deeply involved in figure skating since the age of 6.

Wang even competed in the United States Figure Skating Championship while still in high school. When she did not make the US Olympics team, she decided to shift her focus to fashion.

She achieved an art history degree from Sarah Lawrence College. She never gave up her love for figure skating and she still uses it as a form of exercise today.

Wang was not convinced that she should be breaking into the business. She was not confident that she knew what she was doing. She persisted and worked hard despite her uncertainty. She put in a lot of sweat equity into her designer brand.

Her current empire was a labor of love that she built every step along the way. She started her career working her way up through Vogue. After close to two decades with Vogue, Vera Wang moved to Ralph Lauren.

After she became design director for Lauren, she began planning her wedding and she found that her needs were not addressed by the wedding dresses available to her at the time. She was an older bride and considered herself to be a modern woman.

She was disappointed in the options available to her and other women. She knew she was older than a typical bride at the time, but did not think that should stand in her way of the perfect dress. Instead, Wang designed her own dress and hired a dressmaker to tailor the gown. That is when she saw an opportunity to make a difference for many brides ever since.

In 1990, Wang opened her own Bridal Studio in New York. Her goal was to combine fashion and the bridal industry. She fearlessly pushed the boundaries of bride’s dresses by adding an edge to the bridal gowns that were available at the time.

This Studio is considered her flagship and is still opened today highlighting her collections that is known for sophistication and femininity.

Vera Wang’s first Bridal Studio was considered a boutique catering to the elite. She provided couture gowns by famous designers. It took a long time before she felt comfortable with her own designs to sell them in her boutiques.

Instead she worked hard to develop her own design skills. In the meantime, she created her own collection of sophisticated and streamlined bridal gowns. She designed the costume that Nancy Kerrigan wore while skating in the 1994 Olympics. The design she created for Kerrigan is what provided her international acclaim.

She has designed wedding dresses and red carpet gowns for many stars. She even designed the outfits worn by the Philadelphia Eagles cheerleaders.

In 2000, Vera Wang branched out from styling the elite for posh affairs to a more casual style with her ready to wear collection. Her ready to wear style kept luxury and style in mind while layering, draping, and paying attention to all details.

She modeled this style after her own urban clothing style. In 2001, Wang focused her attention to perfume and books, with a wedding guide. She continued to expand her designs to jewelry, lingerie, purses, products for the home, and dessert.

In 2006, she partnered with Kohls to provide a more affordable line of clothes called Simply Vera. She made similar arrangements with David’s Bridal, Men’s Wearhouse, and Zales.

In every collection and every season, Wang has wanted to push all boundaries. One year, she added red to her bridal gown selections. Another year, she blended black and white colors. She has opened wedding gown boutiques in Australia, Sydney, Tokyo, and London.

Vera Wang has received a long list of awards and rewards for all of her achievements. She received a 1993 Chinese American Planning Council’s Honoree of the Year, 1994 Girl Scout Council’s Women of Distinction Award. In 1995, she became a member of the Council of Fashion Designers of America (CFDA).

Major Products For Which the Vera Wang is Most Famous

Her designs started for the elite and rich and famous. Then she quickly expanded her brand to make it more accessible to every day wearers that were looking for more than just a wedding dress.

While Vera Wang may have started as a bridal wear designer, that is not all the items that are captured under her brand. She has always felt that it is not enough to do the clothes. She wants to create collections, which includes accessories and perfume.

She has been in the business for over 30 years and has created over 60 bridal collections. She has also designed other clothing and accessories.

She is also well known for her Simply Vera collection which is considered a lifestyle brand because it includes everything you need, like shoes, purses, and home goods. The best part is it is all available for an affordable price.

When Wang sells a collection with a retailer, it is exclusive to that retailer, so you will not find it anywhere else.