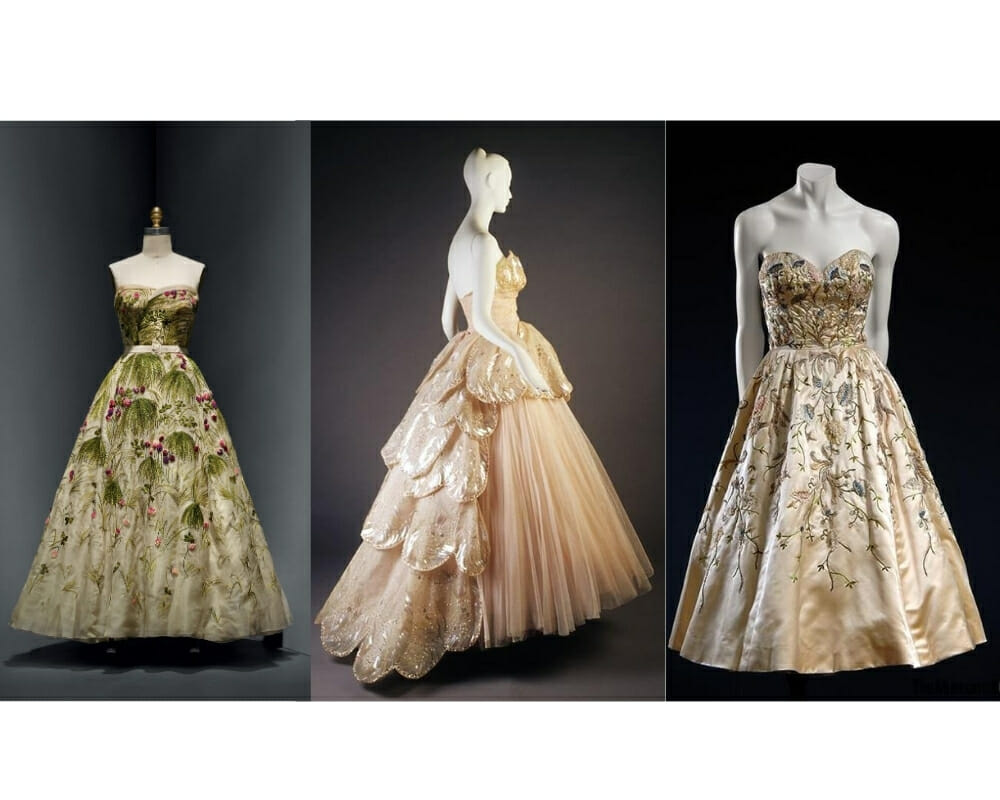 Most people have heard of Christian Dior fashion. It’s had a powerful effect on luxury goods for decades.

The company itself was founded by Christian Dior. He was originally from Granville in France, and was born in 1905.

The Dior family soon relocated, and settled in Paris. Christian Dior was always artistic, and he spent his early years in a city that was famous for its communities of artists.

Dior’s professional career started in 1928, when he created an art gallery. Some of Pablo Picasso’s pieces were actually featured in this gallery, along with many other artists that are still famous today. The gallery shut down in 1931.

Dior faced many personal hardships that year, including the loss of his mother and brother. Dior’s father lost his business in the same year, putting the Dior family in an even more financially unstable position.

At that point, Dior made a living selling fashion sketches. He became a magazine illustrator in 1935, which helped him break into the fashion industry of the early twentieth century. After working there for a few years, designer Robert Piguet gave Dior a new job as his designing assistant.

Dior became a French army officer in World War II, and came back to Paris in 1940 after France surrendered. Lucien Lelong then hired Dior, who gained a lot of experience working with him.

Dior created the company in 1946 in the month of December, a little over a year after World War II officially ended. The company’s official headquarters were at the famous Avenue Montaigne in the city of Paris.

The original collection from this company made its debut in 1947 for the spring and summer season. It was very well-received by the public, and by the people who worked within the fashion industry of the era.

Carmel Snow, the famous editor of the Harper’s Bazaar magazine, even described Dior’s clothes as representing a brand new look.

Being credited with creating an entirely new, and well-regarded look within the fashion industry can more or less establish a person’s career right away, and Dior’s innovations helped to make his brand effective immediately.

The Christian Dior brand of famous became tremendously popular for a reason. People at the time still remembered the streamlined look that had dominated the fashion of the 1920’s and 1930’s.

In the 1940’s, fashion for women was often much more practical than that. Everything started to change when the war was finally over, and Christian Dior was culturally aware enough to create products that people wanted at this point in time.

After the war, people were ready to dress more luxuriously again. The hourglass shape was also back in style, and Dior designed his new clothes accordingly.

While the first Dior collection was already very successful, the company truly became a household name in the middle of the 1950’s. Christian Dior himself passed away in the year 1957, only a few years after the company had reached this point. Yves Saint Laurent then took his place.

At only twenty-one years old, Yves Saint Laurent didn’t have a fraction of Christian Dior’s experience, but he mostly stuck to Dior’s creative vision at first. His fashions were similar to Dior’s in terms of shape, and they were made with many of the same types of fabric. Changing the designs this quickly after the loss of Dior himself would have been controversial.

Still, even in the beginning, the clothing designed by Yves Saint Laurent were more comfortable than the ones created by Christian Dior.

He gradually moved further in this direction, and his 1960 collection proved to be very controversial. Yves Saint Laurent then became part of France’s army, and he didn’t leave the Dior company on the best of terms.

Marc Bohan soon replaced Yves Saint Laurent, and his designs were much more reserved than those of his predecessor. Gianfranco Ferre became the company’s head designer in the year 1989.

All of his predecessors had been French, and he was Italian. Ferre made his clothes much more reserved, at least compared to the clothes that had been associated with the Dior fashion brand for decades by that point.

The company started to expand further throughout the 1990’s, and they started to sell even more products. It was common for luxury brands throughout the 1980’s and 1990’s to focus on adding more accessories to their lines, including handbags. They had boutiques in Tokyo as well as Los Angeles and New York. By the middle of the 1990’s, the Dior company had an overall net income of 26.9 million dollars.

Minimalism became more popular with the company throughout the 2000’s and the 2010’s. As the 2020’s continue, new designers should take the company in different bold and new directions.

Princess Diana in particular was known for her Dior ensembles. She also helped to popularize Dior’s stylish leather handbags. It’s a brand that has been associated with tastefulness and elegance for some time, and this reputation has lasted ever since the 1950’s.

Plenty of more modern celebrities have also worn Dior, and they’ve helped the company maintain its impressive reputation over the years. Monica Bellucci, Carla Bruni, Marion Cotillard, and Diane Kruger have all been prominently associated with the brand. Jennifer Lopez is one of the many actresses who has also made a career as a musician, and she is well-known for wearing Dior clothing.

Modern celebrities who are looking for gorgeous outfits for their red carpet appearances often specifically wear Dior dresses. They promote the brand in the process, and Dior clothes continue to get associated with the most famous people of any era.