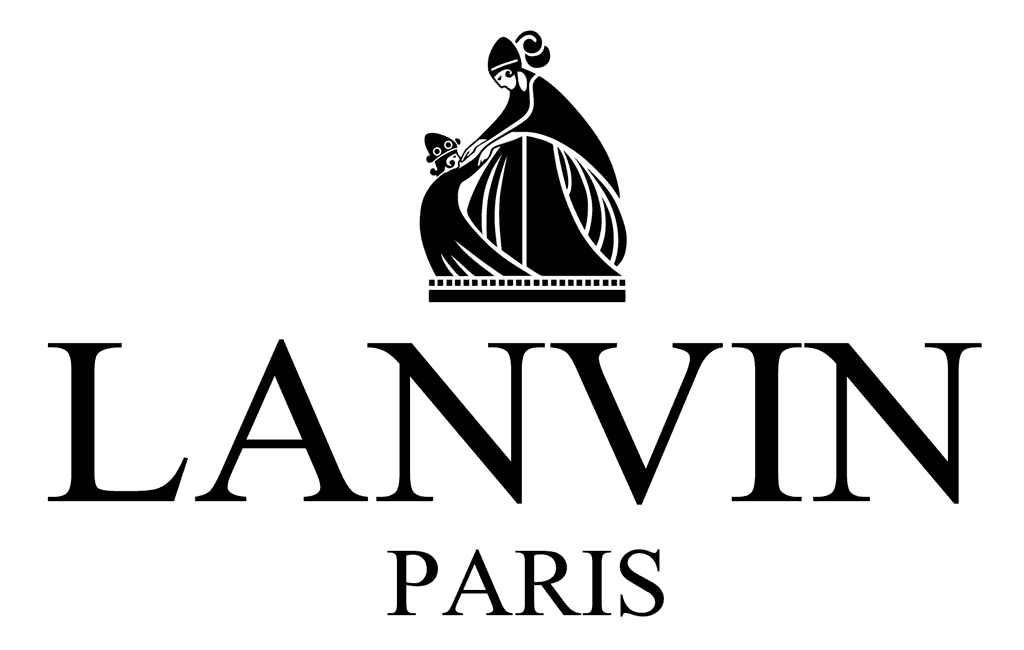 The house of Lanvin is often considered to be the oldest fashion house in the world by modern standards.

As a fashion designer Jeanne Lanvin has had one of the most notable impacts on the world of fashion and many of her classic styles are still in use today.

Jeanne Lanvin came from a large family of 11 children and was the eldest. She was born in Paris, France in 1867. Her father worked as a journalist, and she began working at the age of 13 for a dressmaker running errands.

Jeanne spent her teen years, as a apprentice milliner cutting fabric, sewing, and adding trim. Eventually she became a dressmaker’s assistant sewing, making alternations, and working on the patterns.

At age 18, she opened a small shop that became one of the most successful fashion design shops in Paris. Her designs were feminine not fashionable and the designs never overwhelmed the customer. She added decorative touches that made women look smart without making a bold fashion statement.

At 22 she opened a fashionable hat shop and four years later obtained a lease on a fashion house. It was called Lanvin (Mademoiselle Jeanne) Modes.

Her collections offered all client a wide variety of selection in terms of style and design. She designed clothes for women of all shapes and sizes. Her designs were meant to enhance women’s femininity.

She married in 1895, to a nobleman that was Italian named Henri Emilio Georges Di Pietro. They had a daughter and her marriage eventually broke up. Her second husband Xavier Melet was a journalist that eventually became the French consul to Manchester England.

Jeanne Lanvin designed identical clothing for her daughter and herself. These designs became popular. She had created a new style that lead her to designing children’s clothing.

In 1908, due to the success of her children’s designs she opened a children’s clothing department that devoted a large section of her store to selling these new designs.

The following year, she opened a young lady and women’s department and orders for clothes exceeded orders for hats. Mothers and daughters could come in and buy day clothing, dresses, coats, and lingerie.

She became a member of the Parisian Fashion Council and became a designer. She was reserved and did not fit well in the elite fashion circles.

In 1913, she expanded their fashion line opening a fur department and offering a special service for women. The service was they could store their furs for summer at the store.

At a special fashion events, she met a fashion designer named Paul Poirot who had graduated from École Boulle. They decided to open a store that focused on the art of living in Paris.

The store sold rugs, art, furniture, stained glass, and wallpaper, When seaside resorts and vacations became popular she opened a sports department at Lanvin House and designed swim suits and casual wear for horseback riding, tennis, and winter sports. She had several shop and employed 800 people.

Mme Lanvin was recognized for her innovative approach to fashion as well as for her fine craftsmanship. When she conceived a garment she would select fabrics, colors, shaping techniques, and ornamentation which she deemed would enhance a woman’s femininity, beauty, and youthfulness.

She would use softly flowing fabrics such as chiffon, lace, organza, silk, tulle, taffeta, and satin for fashioning her dresses and gowns. For more sturdy and elegant types of clothing she made use of luxurious fabrics such as brocades, velvet, and gold and silver textiles.

Understanding the magic of color to bring to life a garment Mme Lanvin made use of both pastel and bold colors, particularly delicate shades of pinks, and a certain shade of blue which came to be known as “Lanvin Blue”.

Lanvin was a very skilful seamstress who was best known for her multilayered cuts, and parallel stitching.

In 1912, for instance, Aztek embroidery was dominant in Mme Lanvin’s Riviera collection. In 1933, she used metallic disks to decorate the yoke of a dress, its waistband, and the matching handbag.

Mme Lanvin was known for her modern and youthful looking clothing that gave women freedom of movement.

She was specifically recognized for her “robe de style,” the chemise and Empire dresses, and the Breton suit. She also ventured into designing sportswear and accessories.

In her early version of the “robe de style” she adhered to the natural waistline and added full flowing skirts which generally fell right above the ankle. By 1919 the waistline on the these dresses was dropped below the natural waist.

The shape and form of the “robe de style” can be described as follows: the top of the dress “had a slightly fitted bodice, which was more form fitting than the chemise and a rounded neckline that was occasionally accentuated with a stylized floral motif;” and, attached to the bodice was a full skirt that “was sometimes supported with the use of petticoats or hoop structured undergarments, and accented with a thick waist band, which sometimes sat lower than the natural waist.” The “robe the style” became an alternative to the popular tubular silhouette of the chemise dresses.

In period 1918 to 1920, Mme Lanvin created simple chemise-style flapper dresses which became quite fashionable in the 1920s. These dresses were unfitted, and resembled a straight tube or columnar shape which fell in a straight line to ankle length.

The chemise-style dresses had no darts, pleats or fitted seams. However, these dresses could be quite beautiful when adorned with sequins and beading, when cut in the form of geometric patterns, and when panels were added and accentuated with beading and trim.

The Empire dress was based on a Classical Greek-style that became quite popular between 1790 and 1820. The fashionable Empire style dresses of the 19th Century had a high waistline and short sleeves. Mme Lanvin introduced her version of a narrow youthful Empire waistline dress in the 1910s. In her creation she added long trailing sleeves to the design

The Empire dress was revived periodically by fashion designers of the 20th and 21st Centuries. The Empire style was in vogue in the 1960s, and it regained its popularity in 1996 with the showing of the movies based on the Jane Austen novels published between 1811 and 1918.

Galliano, in his 1996 Givenchy Fall Collection, presented a breathtaking full length laced Empire gown with a long flowing ribbon attached just underneath the bust line and tied at the back of the dress. In 2008, Nicole Kidman and Jessica Alba wore beautiful Empire style gowns at the Academy Awards.

The Empire dress has remained stylish over the years for the following reasons: it creates an illusion of length and slimness; it compliments most body shapes; and, it can disguise problems such as a thick waist, and heavy shaped hips and bottom.

Mme Lanvin was impressed by the costumes worn by her compatriots in Brittany. In 1922, she introduced an outstanding Breton suit in her collection. The suit consisted of a lightly gathered skirt which was worn with a short braided jacket trimmed with many small buttons. The jacket had a big white organdie collar which was turned over a red satin bow. A sailor hat completed the total look of this outfit.

The “gorgeous little silk dresses and accessories”, for instance, were very much in demand by tennis players. In 1926, Mme Lanvin launched her own sportswear collection in Cannes, Biarritz, and Paris.

Accessories
Mme Lanvin designed accessories to harmonize her outfits. Her matching day and evening clutches became quite fashionable. A clutch is a long narrow rectangular shaped hand-held handbag. By 1935 she had included in her collections a variety of handbags, gloves and hats in colors and fabrics that complemented her garments.

To advertise the Lanvin brand, a discreet monogram was embroidered on the flap of the clutch, and the metal clasps on handbags were stamped with the Lanvin signature.

The Crowning Glory of an Outfit

In her quest to give women a total appearance of youthfulness and femininity Mme Lanvin took an interest in new hairstyles.

When Anita Loos of “Gentlemen Prefer Blondes” fame attended a showing by Lanvin in Europe, Mme Lanvin was so impressed with her extremely short hair that she had her mannequins copy the style.

History of The House of Lanvin

In 1915 Jeanne Lanvin set out to make the House of Lanvin an international company by attending international fashion expositions, and shows. She attended the San Francisco International Exposition. This helped her establish her business in the United States.

In 1925 Paris had the Paris International Exhibition of Decorative Arts and this gave Jeanne the opportunity to represent French tradition and fashion. She held a fashion show on an ocean liner called the SS Normandine that gave her business media exposure.

At the Golden Gate Exposition in 1939 she displayed a special design the “My Fair Lady” dress with white ribbons on tulle a lightweight very stiff netting. It highlighted fine fashion and design that her business represented.

She created a color that became her trademark a blue that flattered the skin and hair color of women. It was called Fra Angelica blue. In 1924, she set up a perfume shop and in 1927 developed a perfume called Apege.

She had a successful architect develop the black glass bottle shaped like a ball. The bottle had a label with a mother bending over her daughter. The fragrance had roses, lily of the valley, jasmine, and honeysuckle. She designed a line of perfumes with decorative bottles with unique scents that are still sold today.

Armand Rateau became part of the business and helped her design Art deco items for the home.

She designed a popular hat called the cloche a close fitting hat shaped like a bell. This casual hat that became popular for about 10 years. In the 1930’s, she received an order from Queen Elizabeth for dresses her daughters.

Her most romantic style was an evening dress called Robe de Style. Her designs were feminine, uncluttered, and with embroidery and beading added. She invested in adding a dye factory in 1932 to get the colors she wanted for her designs.

In 1926, she started a made to order men’s line with shirts, pants, suits, ties, pajamas, and day clothes. Tailors would make the clothes to order by measuring the men when they came to the store.

She hired three French tailors to run this department. They crafted well designed Bespoke suits and shirts by appointment. Their customers appreciated this high end tailoring. Their services include measuring, sketches, fabric selection, cutting and tailoring. Clients could choose from over 2,000 fabrics.

The tailors took measurements are for shoulders, waist, arms, legs, and wrists and selected fabrics. It takes three fittings with the tailor to create a design. A suit takes over 6 to 8 weeks in production and 90 hour of work by the tailor. It is a time consuming specialized task.

Jeanne Lanvin passed away at 79 and left one of the top designer brands in the world to her daughter. Her daughter Marie Blanche became president and ran the business until 1950.

She launched a ready to wear line of clothing. The company was bought by various designers and they introduced new designs, fashion designs, bath and body lines, jeans and fragrance.

Jeanne Lanvin lived a wealthy and lavish lifestyle living in mansions and had lavish apartments designed with marble bathrooms. She decorated in the Art Deco style.

Jeanne built the empire from scratch. She saved on carriage fare and used the money to buy fabric and sew clothes for dolls in her early years. When she traveled she brought back quality fabrics for design. Jeanne was self taught and created her own circle of friend writers, photographers, and theater people.